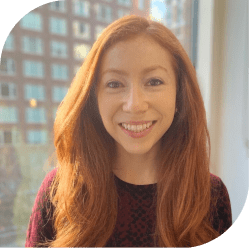 The Ultimate Guide to Sugars

We know that consuming too many added sugars can have negative health repercussions, but are some sugars healthier than others? Does our body process all sugars in the same way? And how much sugar is too much sugar? Read on for everything you need to know about common forms of sugar.

What is sugar and what is its function?

Sugars are simple carbohydrates that our bodies quickly absorb and use for energy. They’re added to many foods and beverages to enhance flavor, texture, and color, adjust their pH, and improve shelf life. Sugar also serves as a fermentation substrate to make various foods and beverages, like bread and kombucha.

Where is sugar found?

Sugar is found naturally in foods such as fruits and dairy products, and it is also commonly added to foods and beverages including but not limited to:

How does our body process sugar?

When we consume sugar, it’s quickly absorbed and ends up in our bloodstream, raising blood sugar levels. Our pancreas is then signaled to release insulin, a hormone that functions like a key, “unlocking” our cells so they can take up the sugar and use it as energy or store it for later. When we regularly consume more sugar than our body can use for energy, we’re not only more likely to gain weight, but this also places additional stress on the pancreas to produce enough insulin. This occurs as a protective mechanism, so blood sugar doesn’t stay high for too long and damage tissues. Over time, chronically elevated insulin levels that result from excessive sugar consumption may desensitize our cells to insulin. This phenomenon is referred to as “insulin resistance” and increases our risk for developing chronic diseases like type 2 diabetes, heart disease, non-alcoholic fatty liver disease, cancer and more. Excessive sugar intake can also negatively impact our oral health, promoting dental cavities.

Foods with naturally occurring sugars tend to raise blood sugar more slowly because the sugar they contain is usually packaged with other nutrients that slow the absorption of sugar, such as fiber in fruit and protein in dairy. But if you are consuming added sugars, are some healthier than others?

Let’s go through some common varieties of sugar:

Agave is a nectar that comes from the same plant used to make tequila. It is often marketed as a healthy sugar replacement because it’s lower on the glycemic index compared to table sugar, meaning it doesn’t spike blood sugar as much. While its lower glycemic index may sound favorable, agave is no better for you than table sugar and if anything, it may actually be a little worse for your health in the long run. Agave is high in fructose, a type of sugar that doesn’t raise blood sugar as quickly as glucose, because it must first be processed by the liver, which converts it into glucose. If you frequently consume a lot of fructose in the form of agave or other high-fructose sweeteners, you will be placing extra stress on your liver, potentially leading to fatty deposits in the liver. This can cause high triglycerides, elevated LDL (the “bad cholesterol”), non-alcoholic fatty liver disease, and insulin resistance down the road. Although agave is derived from a plant, to make it into the syrupy substance we find on supermarket shelves, it goes through extensive processing with heat and enzymes, eliminating any potential health-promoting compounds it may have had.

Similar to white sugar, brown sugar comes from sugarcane or sugar beets. It contains a combination of white sugar and molasses, lending a brown color and unique, caramel-like flavor. Brown sugar is often made by simply mixing white sugar with molasses. It can also be produced the same way white sugar is, except one step of processing is skipped so its molasses content is preserved rather than removed. Brown sugar is sometimes thought of as a healthier alternative to white sugar, but nutritional differences between the two are minor and our body processes them in the same way. Brown sugar has a slightly higher mineral content, but relative to other foods, this amount is trivial and regardless, we shouldn’t be looking to sugar to obtain our minerals. Due to its molasses content, brown sugar lends more moisture to baked goods compared to white sugar, and it also tends to make baked goods more dense.

Cane sugar is derived from the sugarcane plant and is one of the most common types of sugar used and produced in the US. It is a very versatile sweetener, and can be used in everything from baked goods and candy to beverages. Cane sugar consists of mostly sucrose, which breaks down into fructose and glucose after we consume it. Some cane sugar is marketed as “raw,” but this variety isn’t much different from regular cane sugar—it just goes through slightly less processing. As with any other form of sugar, chronically consuming too much can lead to weight gain and health problems such as diabetes.

Coconut sugar is often advertised as a health food, but nutritionally speaking, its effects on our bodies aren’t all that different from regular table sugar. Coconut sugar comes from the sap of the coconut palm tree. The sap is heated to evaporate the liquid portion, leaving behind coconut sugar granules that are sold at both health food stores and conventional supermarkets alike. Coconut sugar is light brown in color and minimally processed. As a nice bonus, it also contains some minerals and inulin fiber, a type of prebiotic, but is equivalent in calories to white table sugar. It is also fairly equivalent in fructose content compared to regular sugar. Due to its inulin fiber content, it seems to raise blood sugar slightly less compared to regular sugar, however, this difference is relatively insignificant.

To make corn syrup, corn starch is mixed with water and treated with enzymes to break down the starch into glucose, a simple sugar. High fructose corn syrup is a more heavily processed form of corn syrup that goes through additional enzymatic manipulation so half of the glucose turns into fructose. It is often added to processed foods because it’s so inexpensive and very sweet, but eating too much can lead to health problems, similar to agave. While consuming these sweeteners in moderation likely poses little health risk, it’s best to avoid regularly consuming them.

Date sugar is made via mechanical processing of the date fruit to achieve a granulated end product. Date syrup is made by heating and blending dates with water, then filtering out the solids and evaporating some of the water out. Technically, date sugar and syrup are not considered added sugars, as they are naturally found in the date fruit and undergo minimal processing to be extracted, but they are used to sweeten foods the same way an added sugar is. Similar to coconut sugar, date sugar and syrup contain some micronutrients and fiber, but the amount is insignificant unless you consume very large quantities (which is not recommended!). It also raises blood sugar slightly more slowly compared to table sugar, due to its fiber content.

Our honey consumption history dates back thousands of years and was initially used as a form of medicine by ancient cultures including the ancient Egyptians, Romans, and Chinese. Bees produce honey from the nectar of flowers, and different varieties are available based on the plant that the nectar is derived from, like orange blossom and clover. Honey contains trace amounts of vitamins and minerals, as well as antioxidants and prebiotics. Interestingly, honey is thought to have antimicrobial properties and is sometimes used topically for wound healing and various skin conditions. Both raw and pasteurized versions are widely available. Raw honey is more likely to retain its health benefits, but is not appropriate for children under 1 year of age or immunocompromised individuals to consume, as there is potential for Clostridium botulinum contamination, a bacteria that causes botulism. Honey is certainly a more natural sugar and may confer some health benefits, but it’s important to remember that it is still a form of sugar and should not be consumed in excess.

While maple syrup is technically an added sugar, since it’s not naturally found in food, it is a minimally processed form of sugar. It’s derived from the concentrated sap of maple trees and contains some vitamins, minerals, and antioxidants, but overall is not a significant source of any nutrients other than carbohydrate. It primarily contains sucrose and has a unique flavor, best described as a mixture of caramel and vanilla. Aside from drizzling it onto pancakes, maple syrup can be used for baking, adding to oatmeal, and sweetening salad dressings, sauces, and marinades. While it is certainly healthier than pancake syrup, which is commonly made from corn syrup, artificial flavoring, and caramel  coloring, maple syrup is still not a health food.

Molasses is a form of added sugar made from crushed sugarcane or sugar beets which are then boiled. Sugar crystals are removed, leaving  behind a dark brown syrupy substance. It’s actually a byproduct of sugar production and comes in light, dark, and blackstrap varieties, based on the degree of boiling it undergoes. Out of all the varieties, blackstrap molasses contains the least amount of sugar. It is also the most concentrated form, and highest in micronutrients like iron and magnesium. In fact, just one tablespoon of molasses contains around 20% of the daily value for iron (along with 10 grams of added sugar). Sulfur is sometimes added to molasses for preservation, but it is also available in unsulfured varieties. Molasses is best known for its role in gingerbread and baked beans, and is not quite as versatile as other sweeteners since it has a strong, distinct flavor that can be overpowering.

Artificial sweeteners like aspartame, acesulfame, sucralose, saccharin, and neotame may be sugar-free and calorie-free, but that doesn’t necessarily mean they’re healthier alternatives. In fact, numerous studies have suggested these sweeteners can promote insulin resistance, overweight and obesity, and negatively impact our gut microbiome. They are also hundreds to thousands of times sweeter than table sugar, depending on the type, have a slight bitter aftertaste, and aren’t ideal for baking since they won’t brown, tenderize, or hold onto moisture the way natural sweeteners do. Read more about the dangers of artificial sweeteners here.

Natural calorie-free sweeteners like stevia and monk fruit, and low-calorie sweeteners like sugar alcohols, are marketed as healthy sugar alternatives and have become increasingly prevalent. While they pose fewer health risks compared to artificial sweeteners, it’s still best to consume them in moderation, since their potential health effects have not been studied as rigorously compared to other sweeteners. It is also worth noting that sugar alcohols may cause digestive distress for some, particularly if you have IBS, so if you tend to have a sensitive GI tract, it’s best to proceed with caution.

With so many sweeteners out there, it can be overwhelming to decide which you should use. While some sweeteners undergo less processing than others, at the end of the day, it’s important to remember that sugar is sugar, and all forms of sugar are processed similarly by our bodies. Whether it’s coconut sugar or high fructose corn syrup, chronically consuming too much of any sweetener can have negative health repercussions over time. 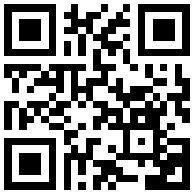